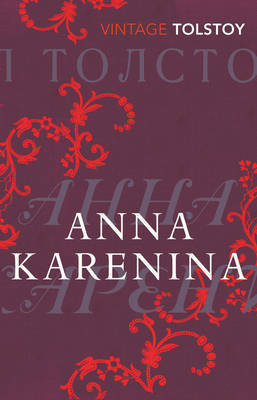 Back in June it was suggested that we read Anna Karenina over the summer holidays – for some of us it was a return to a much-loved heroine and for others a new venture, all 852 closely written pages! Would we have the staying power and how would our older, more cynical selves react to Tolstoy’s acclaimed masterpiece? Well, most of us made it and most of us loved it but a couple of people did struggle and there was at least one dissenting voice.

Essentially there are two parallel stories – that of Anna and her ill-fated affair with Vronsky, and that of Levin and his courtship and marriage to Kitty. These are set against the background of pre-revolutionary Russia, a country where western progress is slow to change the behemoth that is Russia’s feudal system and where rigid rules determine social behaviour among the aristocrats, especially for women. So when Anna, trapped in a loveless marriage, abandons her husband and son to satisfy her all- consuming passion for Vronsky, she more or less sealed her own fate. Shunned by society she is driven to despair by her jealousy, which is magnified by her isolation. Coupled with an increased dependency on morphine, she gradually becomes unhinged and throws herself under a train in a final act of vengeance against her lover, who she believes is being unfaithful.

For this reader it was not the tragic fate of the eponymous heroine that drove the book forward, but the marvellous panorama of Russian life as seen through the character of Levin, who is a thinly disguised version of the author himself. We are all too aware of his strengths & weaknesses and his insecurities & doubts as he strives to do good and to be good. We are carried along in his relentless drive to improve the lot of the peasants and to drag Russian agriculture, and the political system that underpins it, into the modern era. And we feel with him, from the tentative beginnings of his love for Kitty through to its ultimate flowering. But. as he gradually comes to terms with life and death, it is his ultimate quest for the real meaning of life that taxes his tortured brain the most. A chance conversation with a peasant towards the end of this monumental work reveals the answer to him – we live for God and for our souls.

Whether or not you believe this is irrelevant – we love Levin for his humanity and unselfishness. He tries to change what he sees as wrong, not for his own good but for the benefit of his fellow human beings and his country. Anna, by contrast, comes across as manipulative and needy – a beautiful woman wrapped up in her own vanity. She follows a more selfish path seeking to satisfy herself and her carnal desires, irrespective of the harm this causes her son. It is Levin who inspires us with hope.

We meet again on Thursday, 16th Oct. when we will be discussing A Thousand Splendid Suns by Khaled Hosseini.