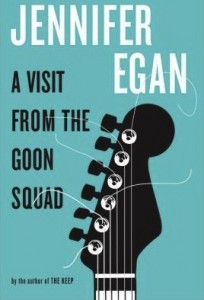 Though quite a few liked the book, no one loved A Visit from the Goon Squad. Some chapters had been previously published as short stories and the novel interweaves a long list of people, times and places with different narrators for each chapter. Many complained about the long cast of characters and the non-linear storyline, described by the author as her attempt at ‘polyphony’ or ‘lateral narrative’, but which prevented some of the group from caring very much about the characters. Others thought it was fun to recognise major characters from one chapter in another, and to work out the connections. Among the general themes of time, memory, life, death, innocence and experience, it also deals with the effect of the fast-paced digital age on relationships, the environment and the music industry. Perhaps such a modern format with classical themes is what won it the Pulitzer Prize for fiction in 2011.

Our next book will be Disgrace by J M Coetzee