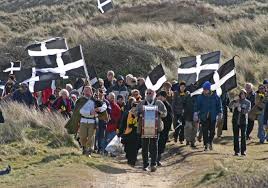 The 46th Cornwall Folk Festival takes place 23rd-27th August 2018 in Wadebridge, north Cornwall. This year the line up was already booked and tickets were on sale when an amazing opportunity to add, as additional gig to the 2018 Cornwall Folk Festival, Nashville Songwriter Hall of Fame member Gretchen Peters.  Named by the Telegraph as one of the best female singer-songwriters of all time, her 2016 album Blackbirds went in straight at Number One in the UK Country Charts.

This is an amazing late addition to an amazing line-up, which continues Cornwall’s commitment to a mix of established artists and rising stars for the annual Cornwall Folk Festival. Saturday headliner is the guaranteed musical treasure, Scotland’s Eddi Reader and band, including her co-songwriter Boo Hewerdine. A rare blend of meltingly true vocals and towering romanticism make her one of popular music’s most thrilling and affecting performers.

Sunday welcomes back two-times winners of the BBC Radio 2 Folk Award for Best Duo and pillars of modern British folk, Kathryn Roberts and Sean Lakeman. Their intimacy and strength of passion on stage have won them many fans and enviable reputations as songwriters par excellence.

Penzance’s extraordinary quintet, Flats and Sharps, take bluegrass and the ‘all round a single microphone’ technique to new levels. Fast, musical, witty, they’ve played the 02, Hyde Park and headlined at Ireland’s Westport Folk and Bluegrass Festival. They will not only support Gretchen Peters, but also headline a second gig as they play two back-to-back sets, dashing from one end to the other of host town Wadebridge.

Broadcaster Mike Harding describes Sam Kelly’s voice as “beyond sublime”. Raised on a farm in Norfolk, he reached Britain’s Got Talent final, but is just as happy playing to a handful of people in a tiny pub. A mainstay of Cornwall’s The Changing Room, here he appears with his band The Lost Boys.