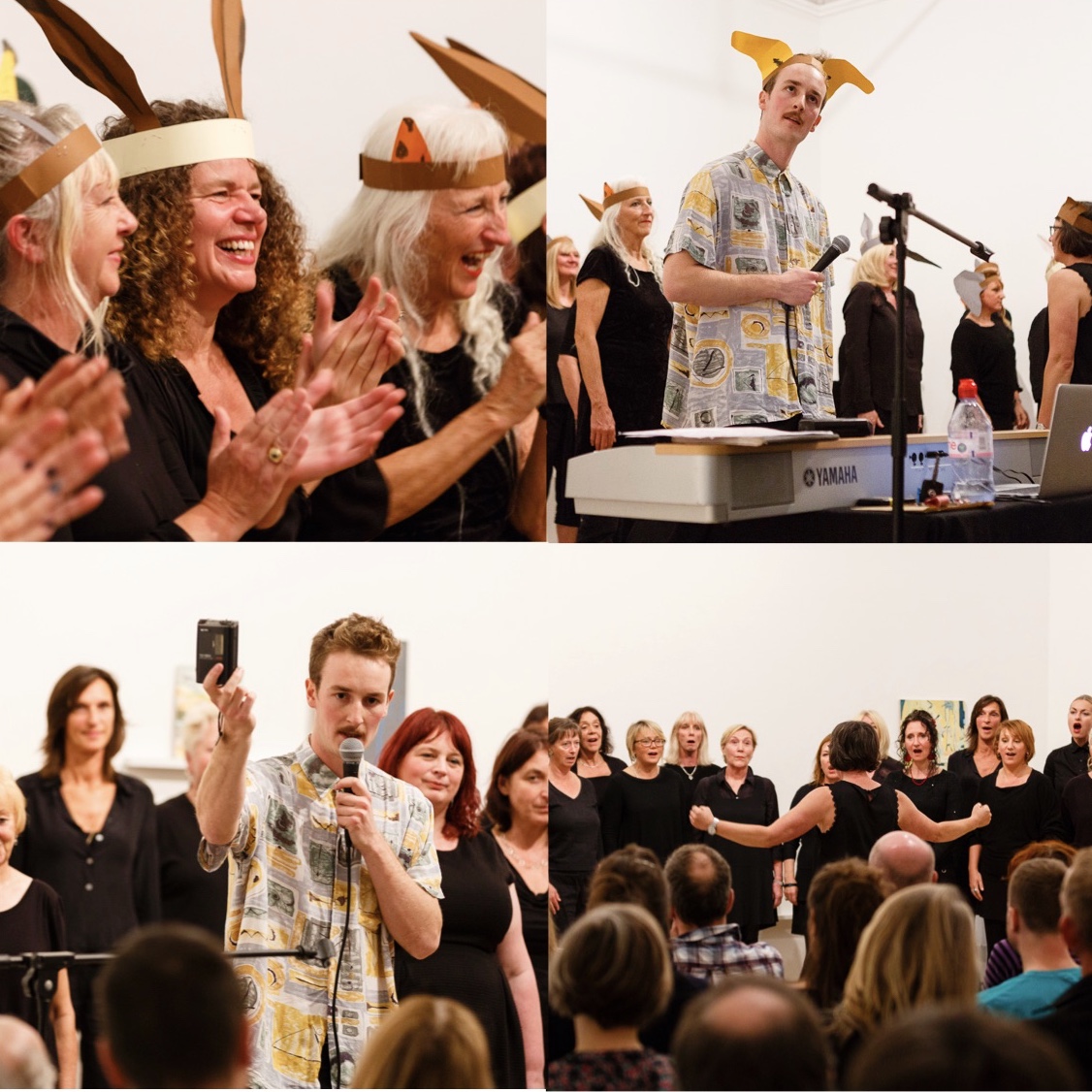 One day Seamas Carey found an old cassette tape in the back of his car, on which he discovered recordings of himself as a 4 year old boy, telling stories and singing his heart out. He knew then that he had to do something with these artefacts of posterity and drag them into the present day. The end result is 60 minutes of remixed and recomposed songs, arranged for a choir whilst Seamas plays piano, talks about growing up and occasionally dances.

Suitable for anyone who is a child, or has been a child.
“It’s hilarious and moving at the same time. i.e. good theatre.” – (Bill Mitchell, Wildworks)