Spirit Of The Horse 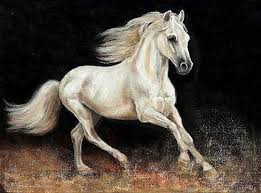 For the first time in 10 years, Europe’s greatest equestrian theatre show SPIRIT OF THE HORSE returns to the UK with a spectacular new production for 2018 – RENAISSANCE.

Starring more than 20 magnificent horses from six countries in its own stunning 2,000-seat Equestrian Theatre touring arena, the lavish show with the must-see factor is here for a strictly limited season.

Choreographed to a specially-arranged musical score, blending spectacle, dramatic action, humour, poetic motion, and awe-inspiring lighting effects, SPIRIT OF THE HORSE – RENAISSANCE weaves the magic of myth and legend through man’s bonding with his oldest and most trusted ally – the horse.

Featuring a cast of equestrian stars including the legendary Spanish Dancing Horses, with their unique style, flair and passion; the thrilling Russian Cossack riders performing high-speed colourful and dramatic stunt riding – the like of which is usually confined to the realms of digital video effects; and the return of one of the most popular characters in the show’s history… the fabled Pegasus – the fabulous winged horse.

Staged in the superb Equestrian Touring Theatre specially designed for SPIRIT OF THE HORSE by the world’s leading makers of contemporary tensile structures, with state of the art lighting and sound, this is truly a world-class show appealing to all ages – and not just those who enthuse about horses.

Firmly established as one of the country’s most popular touring shows, having been seen by more than one and a half million people, SPIRIT OF THE HORSE has won a unique place in the hearts and minds of the British public – consistently performing before capacity audiences of all ages.

Returning by popular demand, in a class of its own, SPIRIT OF THE HORSE – RENAISSANCE is in a unique theatrical experience and unforgettable event for the ages.