Azores & Back Race starts off Falmouth 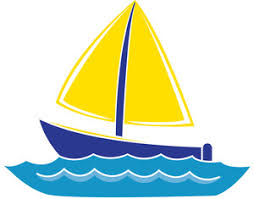 50 yachts, and more than a dozen nationalities, will jostle for the best position at the start of the 12th running of the Azores and Back race (MailASail AZAB), organised every four years by RCYC Events Ltd and hosted by the race’s founders, the Royal Cornwall Yacht Club. Approximately 1250 miles each way, the vast majority of boats in the 30-40 foot category, this is one of the world’s largest ocean yacht races, and by far the biggest run out of the UK.

The start is a line between Black Rock and Pendennis Castle, Falmouth. It will be a magnificent sight. But with this many boats, and in the “wrong kind of weather” the start itself can be anything but plain sailing. Indeed, in the 2003 AZAB two boats went aground on Black Rock itself!

The race is Corinthian in spirit, it is done for the love of it, cruiser-racers out for adventure, and there is no prize money. Father and son, father and daughter, sister and sister, and husband and wife teams have all been regular entries, but this is not to say that the ‘big names’ don’t  join in too.

Clare Francis was in the very first race in 1975. And this year’s AZAB sports two mighty contestants from the Golden Globe single-handed round the world race (this was the race re-enacted last year, 50 years after it was won by the immortal Sir Robin Knox-Johnston). They are Ertan Beskardes, who is using the race as a preparation for another brave crack at the GG in 2022, and the redoubtable Dutchman, Mark Slats, who came a magnificent second in the GG 2018. (Mark, incidentally, is also the fastest man ever to row across the Atlantic).

There is a tidy contingent of ex Royal Marines and navy folks taking part, Mervyn Wheatley being an eye-catcher having already completed 7 AZABs (including the first). Mervyn hit the headlines a few years ago having been knocked down in a storm mid-Atlantic in the 2017 OSTAR before being famously rescued by the Queen Mary 2.

The list goes on…A past winner of the Round Britain and Ireland Race is taking his chance. Fastnet sailors abound. The first thing the dockmaster of Mylor Yacht Harbour is going to do after his retirement is, you’ve guessed it, race to the Azores and back. But age is no barrier to entry: the youngest competitor this year is just 15 years old, a record in its own right.

The race is supporting local charity Turn to Starboard, which uses sailing training to support those affected by military operations, and is getting involved with a scientific/environmental initiative measuring water quality and plastic pollution en route to the Azores in conjunction with Plastic Free Falmouth and Surfers Against Sewage.

Best of all, the race can be followed on line. Just visit azab.co.uk for news, updates, pictures, video and tracking. Happy following!