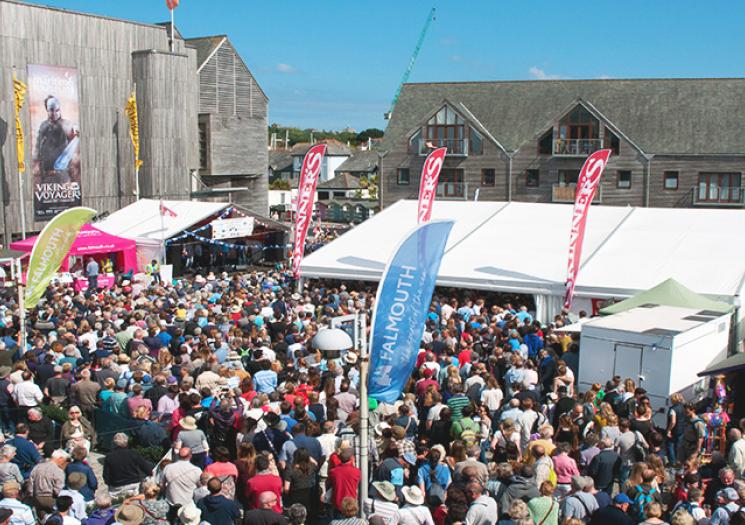 The Falmouth International Sea Shanty Festival was founded in 2003 by Falmouth Shout, a group of singers whose mission is to keep alive the history of Tall Ships and the days of sail by performing sea shanties, songs of the sea and Cornish songs. The Festival’s aims are to raise money for the RNLI and to preserve and promote the maritime heritage of the area. 2017 will see the 150th anniversary of the RNLI in Falmouth with an open day at the RNLI station on the Saturday.

The Shanty Festival now takes place at the same time as the Falmouth Classics Regatta, the synergy of Classic Boats and Sea Shanties produces an event which provides an ideal opportunity to bring the Town and the Sailing scene closer together.

In common with other Celtic nations, Cornish people love singing and music and song has always been an important part of the county’s culture. Whether it be miner, fishermen or farmer, after the work was done, there were always stories to tell, songs to sing and a few pints to drink. The Sea Shanty festival provides a platform where that heritage of storytelling through song comes alive with live performances by over 50 groups from all over Cornwall, the UK, Holland and France.

Described as the largest free festival of maritime music on the planet, the three day event kicks off on the Friday evening with singing on Custom House Quay and in Events Square, continuing at several other venues in town until late! It’s a great way to soak up the true atmosphere of Falmouth’s seafaring past and you’ll find it hard to stop your feet tapping along to the infectious rhythms.

The word Shanty probably derived from the French verb to sing “chanter”. With the rhythmic beat keeping the teamwork synchronized, singing shanties helped sailors go about their tasks on board like hauling ropes or raising the anchor.