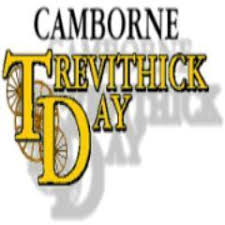 The day, always held on the last Saturday of April, celebrates the engineering and mining history of the Camborne area, and is dedicated to Richard Trevithick, pioneer of high pressure steam power & inventor of Road and Railway Locomotives.

There is a diverse mix of street entertainment, with roaming entertainers, and covered stages hosting music for all tastes – from traditional to modern, brass to rock bands, plus local choirs. Highlights  are the morning children’s ‘Bal-Maidens and Miners Dance’; and in the afternoon ‘Trevithick’s Dance’(adults) followed later by ‘The Steam Parade’, which is probably the largest array of steam engines in the world that proceeds through an urban environment. The Steam Engines are on display throughout the day, as are vintage vehicles, and stationary engines. Streets are lined with stalls, and a fairground operates in the Town’s central car park. Indoors there are hospitality events, exhibitions, and a flower festival.

All the main streets of Camborne are closed to traffic for the event, but a park & ride facility, signed from theA30, with a capacity for a thousand vehicles, is available (£5 including a programme)