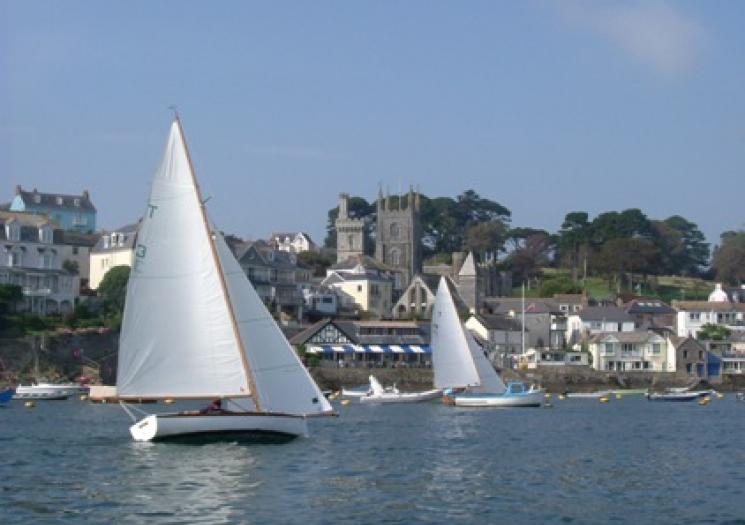 For one week each August the usually tranquil town of Fowey attracts thousands of visitors who flock there for the Fowey Royal Regatta, one of Britain’s premier sailing events. It is also a fun-filled week for all the family – sailors and landlubbers alike.

Sailing boats of all shapes and sizes race in the river and out in the bay. Other main events include the Carnival on Wednesday evening, with a colourful parade of floats, walkers in fancy dress and marching bands,  fantastic firework displays over the river, live music on the Town Quay, and away from the sailing, raft and gig racing as well.

Please Note: The Red Arrows will not be appearing in 2018

Over the many years the Regatta has been running, the regatta has attracted many visitors, including Queen Victoria, Prince Albert and Queen Elizabeth II and is recommended as a must see event by Debrett’s, the authority on all matters of taste. Fowey’s location, perched above a magnificent harbour, provides a natural arena to watch the sailing from and in the town’s winding old streets you’ll find plenty of activities to entertain. There’s the traditional crowning of the carnival queen followed by the floral dance, you can compete in the crab catching and swimming competitions, experience the giant pasty ceremony, get caught up in the exuberance of the carnival, watch the magical torch light dinghy procession on the water and spend the evenings on the harbour listening to performances ranging from The Last Night of the Proms to rock.

Fowey’s famous eight foot long giant pasty ceremoniously makes its way over the harbour from Polruan to the town quay in Fowey by boat, accompanied by the Fowey Town Band, a ramshackle bunch of less than musical musicians. The magnificent culinary offering is then cut and distributed to all the children present.