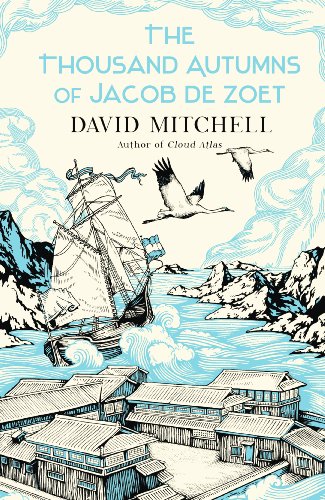 The Thousand Autumns of Jacob de Zoet was certainly a polarising novel. We all found it slow starting, though most enjoyed it very much once the story got going about a third of the way through. But for some, the author was neither able to interest them in the characters nor the place, and the density of detail was off-putting. Those that had also read Cloud Atlas recognised similar themes: culture clash, the subjection of women, the struggle against authoritarian power.

Not many of us knew anything about the trading relationship between Japan and the West at the turn of the 19th Century. David Mitchell based this novel in a real place, the man-made island of Dejima in the bay of Nagasaki, where imperial edict kept contact between Japan and the Dutch East India Trading Company exclusively to business; cultural exchange forbidden. Jacob de Zoet, an honest and intelligent young clerk, quickly learned that Dejima was a hothouse of embezzlement, duplicity and intrigue, and unsurprisingly became caught up in a few intrigues of his own.